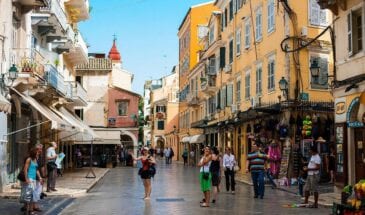 The first stop is Cape Kanoni. Seeing the takeoff and landing of an aircraft several tens of meters from the landing strip is something unforgettable! The highlight of this area is the Vlaherna monastery and the island of Pontikonisi, better known as the "Mouse Island". The Vlaherna Monastery is located on a small piece of land, which is connected to the peninsula by a narrow concrete pier. The snow-white church with a small chapel of the Virgin Mary occupies almost the entire land area. The miraculous icon is kept in the monastery today. The beautiful architectural complex is almost completely surrounded on all sides by azure water and looks very picturesque.

Here you can also take a boat trip to the picturesque tiny island of Pontikonisi. There is a small monastery on the island, which was built by a Pontic monk. The island of Pontikonisi is completely covered with lush green vegetation. From the shores of Corfu, it looks like a small green oasis in the middle of azure sea waters.

Then we will go to the capital of Kerkyra, which is rightfully considered one of the most beautiful cities in Greece. The city is unique in its versatility, it has retained the stamp of various cultures: ancient Greek, ancient Roman, Byzantine; here various architectural styles were intricately and harmoniously intertwined: Venetian, French, English, but at all times it remained Greek in spirit. There are a lot of churches on the island, which emphasizes the sincere deep religiosity of its inhabitants, but they have special feelings for Saint Spyridon, who is considered the main patron saint of the island, and his relics are the most valuable treasure. The faith of the inhabitants of the island in their saint has not weakened for centuries - there is no family here that could not tell the story of how Saint Spyridon helped them or their loved ones.

It is worth noting that there are a huge number of churches in the Old Town. The Church of St. John the Baptist is known for the fact that the great naval commander Fyodor Ushakov came here to serve during his stay on the island. The icon of St. Fanurius, a particle of the Holy Cross of the Lord and other shrines are also located here. The relics of St. Theodora. And from the top of the Old Fortress, a breathtaking view of the island of Vidos and the Old Town opens. 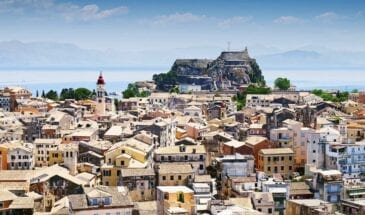 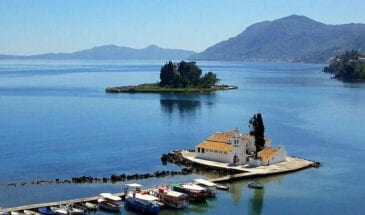 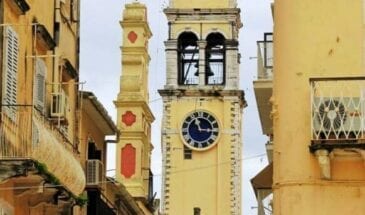 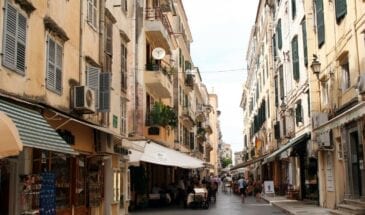 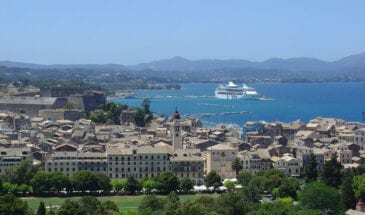 There are no reviews yet.

Be the first to review “City Tour” Cancel Reply

Manage Cookie Consent
To provide the best experiences, we use technologies like cookies to store and/or access device information. Consenting to these technologies will allow us to process data such as browsing behavior or unique IDs on this site. Not consenting or withdrawing consent, may adversely affect certain features and functions.
Manage options Manage services Manage vendors Read more about these purposes
View preferences
{title} {title} {title}